Young and Glory (YNG) is Pop/Rock Punk Band from Bandung, formed in 2011. The existence of YNG preceded by four teenagers who want join the prestigious campus event (SHOW TIME) in Telkom University. They are Rizka Pradana as Lead Vocal, Avian Rinandhi as Lead Guitar / Back Vocal, Farizko Nurditama as Bassist, Aji Nugraha as Drummer.  Unfortunately in beginning of 2013, the drummer left this band because he wanted to focus in his interests and college. So Now the formation of YNG consist of three personnels, and still using drum additional player for live performance.

There  are many bands who influenced their music, such as All Time Low, Mayday Parade, 5SOS, AVA, Blink 182, Panic At! The Disco, Fall Out Boy, John Mayer, Sheila On 7, Rocket Rockers, and so on.

They have performed in many events in Bandung and other cities, like Jakarta, Yogyakarta, Tangerang, Purwokerto, and many others, such as :

Actually, YNG have a mission to make different music with their way. Share the experience over the music and lyric, make the audience feel the extreme feeling with their music. Become a big band is the dream of each musicians, especially for YNG. So they can expand their audience scope, the more people listen, the more aspiration delivered. YNG has one EP Album (2015), it’s released on February 26th, consist of four songs Heat On!, Cerita Kembali, Trysha, Yesterday. They named it, “The Old Archive” Why? because the EP tell us about old archive that have saved for years, and just finished after about 2 years. At present, YNG have finished their debut album, they named it “Young And Glory” cause this is the first time they have album and literally it means that we are in young ages must won and glory in everything. Now, they have already done with the first single “Waktu yang Hilang”. You can visit itunes to find their album, Don’t forget to download and share it, But your review and rate will be really appreciated. 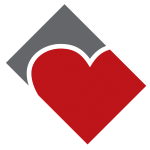 Lawrence Philip feat. Karissa – Please Don’t Give Up on Me (Single Review) 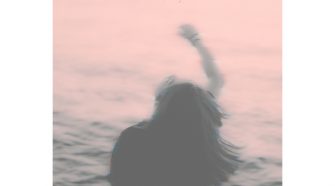